Slight delay in release of The Legacy

I've been informed by my publisher that there will be a few days delay on the release of The Legacy because of a fire at the printing plant. The original release date was 1 April, a joyously funny date that left itself open to all sorts of humorous byplay. The distributor will now start shipping the books after 4 April, which is decidedly unfunny. However, if you want to know what other interesting things happened on that date in history, go here.

TJB
Posted by TJ Bennett at 5:56 PM No comments: 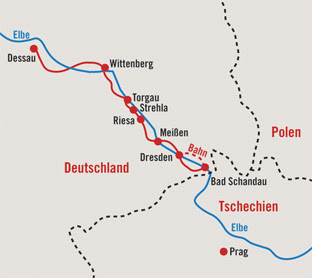 In anticipation of the upcoming release of my Reformation Germany-set historical, The Legacy, I'm running my first contest in conjunction with my guest blogging tours (see below). I will be guest hosting four wonderful blogs between Mar 29 and April 7. Anyone who visits and posts a comment on at least two of the blogs will be entered for a chance to win a signed copy of The Legacy and either a $40 Barnes & Noble gift certificate or a $40 e-certificate for GermanDeli.com, a Texas-based German food store where customers can order everything from a spaetzle-press to apple strudel imported straight from Germany! If anyone has ever wanted to sample German food on someone else's Euro, now is the chance (or, of course, if books are preferred, the winner can choose the B&N gift certificate instead).

Here are the rules: visit and comment on at least two of the blogs and your name will be entered for a chance to win. On April 9, I'll draw a winner at random from all eligible names and announce it on my blog at www.tjbsopinion.blogspot.com. The winner can contact me through my blog to claim his or her prize. Good luck and hope to "blog" at you soon!

TJB
Posted by TJ Bennett at 6:01 PM No comments:

The Other Boleyn Movie 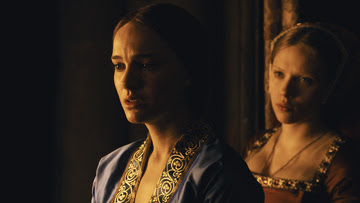 Just returned from seeing the film version of Philippa Gregory's wonderful historical novel, The Other Boleyn Girl. I'm about 3/4 of the way through the fabulous book, which is filled with court intrigues, politics, family drama, sex, greed, and just about every complex emotion that exists. The film, sadly, plays more like Beverly Hills 90210 meets the Cliff Notes version of English royal history. The book and the movie seem to be related in title alone, with none of the major scenes in the book making it into the movie.
In fact, nothing in the book that I have read so far appeared to make it up onto the screen, the screenwriter for some reason choosing to depart not only from the fictional novel, but history itself. Some features of the story are so condensed as to be entirely forgotten, such as Mary's husband, prominent at the beginning of the film, all but disappears by the end, with no mention of what happens to him that leaves her free to marry another man, as well as the fact that Mary has two children, a girl first and then a boy, by the king, not just one. That her sister essentially steals the son from her through adoption and holds Mary hostage throughout her reign by refusing to allow her to see her children unless she submits to Anne's will is also ignored. Mary comes across as a tattletale and a spoil-sport instead of the pawn of a larger game that she truly was.
While the roles--Natalie Portman playing Anne Boleyn and Scarlett Johannson as Mary, her sister--were nicely played (with respectable English accents), there was little they could do with a script that decided to completely rewrite the text of the novel, inventing incidents that weren't in the book, changing personality traits of most of the major characters, and going the "safe" route in ignoring the more complex, subtle emotions of loyalty, duty, love, and sibling rivalry that drove these women. Mary is namby-pamby, Anne is a whiny vengeful teenager, George (their brother) is a sap, and King Henry the Eighth is a bigger sap. The mother of the three Boleyns (Kristen Scott Thomas), a Howard, comes across as wronged and righteously indignant at the treatment her daughters receive from their uncle, father, and the King, whereas in the book she is a hard woman who understands the cost of the Howard family honor and eagerly offers up both her daughters to pay the price.
What were the filmmakers thinking? If they'd only stuck to the basic storyline of Gregory's novel, they would have had plenty of material to make this film as intriguing as the book for which they no doubt paid a hefty option price for the right to bring to the big screen. Heck, if they'd just stuck to history, they would have had the same. Disappointing that they chose to turn this into complete revisionist version of Gregory's book and history as well. My recommendation? Skip the movie; read the book.
Great costumes, though. Gotta love anything that lets Natalie Portman and Scarlett Johansson dress up in pearls, jewels, stomachers, and satin skirts. LOL!
I wonder sometimes why filmmakers who have such wonderful material to adapt from a novel so often stumble and fall? Is it worth it to even see the movie if you've read the book? The only exception I can think of in recent memory where I could answer yes is the Lord of the Ring films. While they didn't match the story line of the books exactly, the deviations taken to bring such a gigantic undertaking to film were true to the spirit of the original and often mirrored the original spectacularly.
How about you? Have you seen any movies that would have been better left as a book, or any that matched or exceeded the quality of storytelling of the books they portrayed?
TJB
Posted by TJ Bennett at 6:40 PM 6 comments: